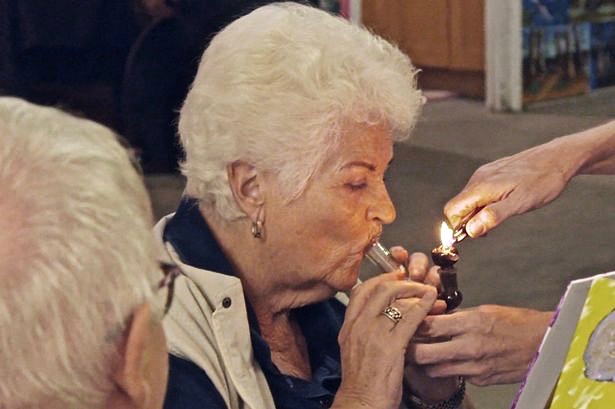 A recent survey determined that Baby Boomers consume cannabis for medical purposes at twice the rate of Millennials. When it comes to recreational weed, though, those numbers are reversed, with Millennials sparking up just to chill out twice as much as Boomers do.

The survey responses, conducted by Verilife, remain statistically flipped on other topics. The figures break down as follows:

• 50% use cannabis primarily as medicine.

• 22% use cannabis primarily as medicine.

These vast age categories are prone to overgeneralization, of course. Just consider that “Baby Boomer” refers to people presently between the ages of 56 and 76, while “Millennial” covers everyone now between the ages of 22 and 38. So it’s best to take any supposed generational “traits” with a few grains of shake — I mean, salt.

Still, these particular poll numbers do seem to make sense. They suggest cannabis is thought of mainly as medicine for older folks while, among the young, getting high is largely about feeling happy. We’ll toke to that.

During the coronavirus pandemic, Boomers said their weed use has surged 44 percent versus 36 percent for Millennials.

But, the generations did come together on several key issues. When asked if a cultural stigma still surrounds cannabis, 57 percent of both groups said yes. They also largely agreed that marijuana possesses inherent health benefits, with Boomers agreeing at 89 percent and Millennials at 92 percent. A majority of each group also said they’d opt for using medical marijuana over prescription pain meds — Boomers came in at 61 percent and Millennials at 68 percent.

Intriguingly, both Boomers and Millennials said they spend an average of $76 a month on weed.

Now let’s all get stoned and get along.