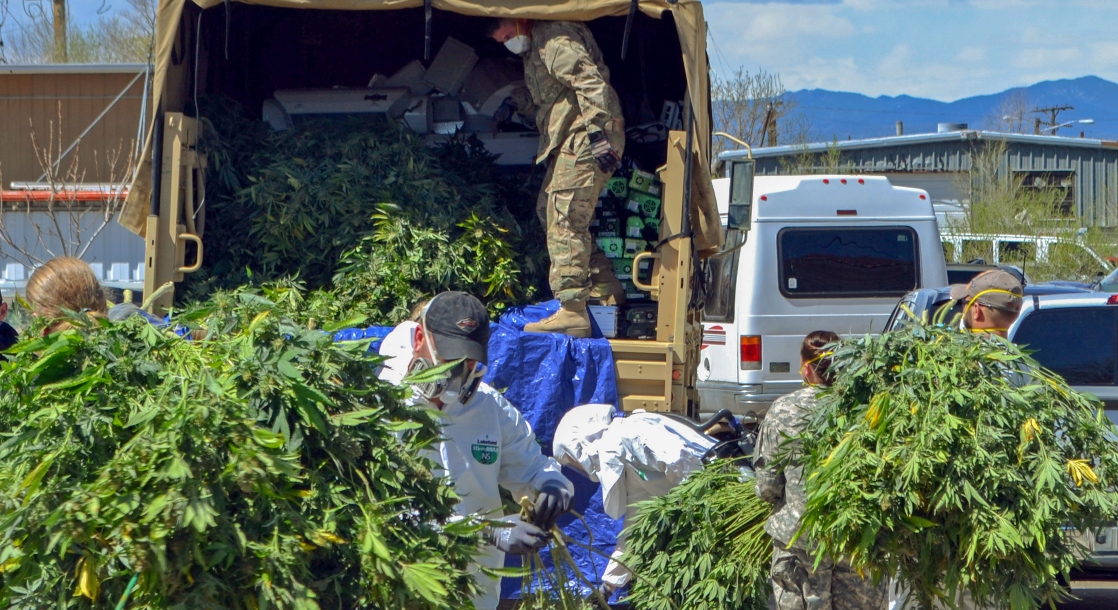 The California Assembly just unanimously approved a new bill that would impose massive fines on any business that supports black market cannabis sales.

State law already prohibits unlicensed cannabis sales, cultivation, and production, but this new bill takes aim at ancillary businesses that indirectly support illegal sales. Companies that advertise for black market weed dealers, landlords that knowingly rent space to illegal pot operations, or anyone else found guilty of aiding and abetting illicit sales could be charged $30,000 a day under this new bill.

Assemblyperson Blanca Rubio told the Los Angeles Times that she proposed the bill to help crack down on the Golden State’s thriving black market. “Despite some success during the first two years of legalized cannabis sales, the illicit market has flourished,” said Rubio. “In addition to dwindling tax revenues, the underground market presents public safety and health threats to California.”

California officials have scrambled to find a solution to the state’s black market situation ever since adult-use sales went live in 2018. In 2019, illegal weed dealers raked in an estimated $9 billion in sales, three times the amount that licensed adult-use retailers sold that same year. Even today, as much as 80 percent of all pot sold in the Golden State is sourced illegally.

Cannabis industry insiders are divided in their opinions over the proposed legislation. The United Cannabis Business Association, which supports state-licensed pot businesses, has come out in favor of the bill. “The illicit cannabis market must be shut down to ensure that legal operators can see an increase of patients and consumers which creates union jobs while we contribute to local and the State of California’s tax revenues,” the organization wrote in a letter to lawmakers.

Other advocates, including NORML, believe that the state’s law-enforcement-focused strategies are not the most effective solution to the problem. “In general we would rather see ‘carrots’ to assist people in securing commercial licenses by lowering the barriers to entry, rather than ‘sticks,’ be they criminal or civil,” said Ellen Komp, deputy director of California NORML, to the Times.

Cops have been working overtime to bust illegal weed operations for years now, seizing millions of dollars in illicit products, but the black market has bounced back from every raid. Last month, state regulators even tried to secure additional funding to hire their own personal police force. But many industry advocates say that reforming the state’s burdensome laws and regulations would be more effective than hiring more cops.

Weed prices are one major factor that is driving the popularity of black market sales in the state. Extreme taxes and high regulatory and compliance fees have driven the prices of legal weed through the roof, while illicit operations are able to skirt these taxes and fees. Around 90 percent of Cali’s towns and cities also prohibit legal pot sales in their jurisdictions, which makes it hard for a large percentage of state residents to buy weed legally.

Before it can become law, however, the bill must still be approved by the state Senate, who will debate the proposal when they return to Sacramento later this month. Governor Gavin Newsom must also sign the bill before it can take effect, but he seems likely to do so given his previous support of enforcement-based strategies.