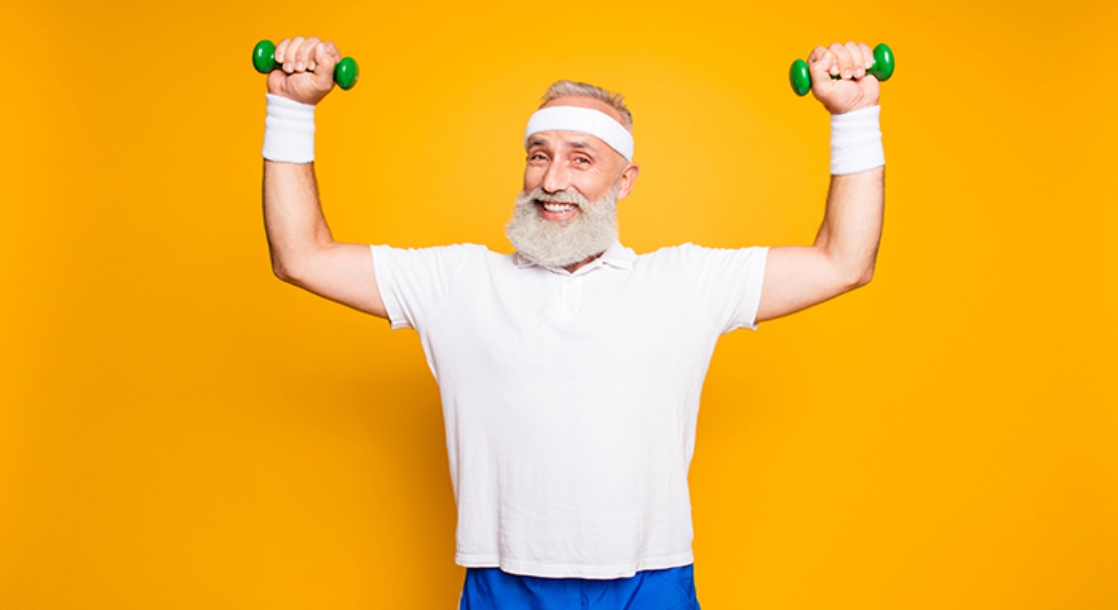 For decades, mainstream media has painted cannabis users as lazy, couch-locked slobs. But, scientists are finding that people who use pot are actually healthier and more active than those who abstain from the plant.

Cannabis consumers aged 60 and older are more likely to lead healthier lives than non-users of the same age group, according to a new study published in the American Journal of Health Behavior. This study compared the health and fitness habits of 28 older cannabis users to 136 non-users.

Each of the subjects was already participating in another four-month study examining the relationship between changes in physical activity and cognitive function in older adults. During the course of the study, researchers measured each participant’s body mass index (BMI) and asked them to self-report how often they exercised or engaged in physical activity.

Researchers from the University of Colorado at Boulder conducted an additional study on the same subjects to determine whether seniors’ use of cannabis negatively impacted their willingness to exercise.

“Adults over the age of 50 are the fastest-growing population of cannabis consumers in the US, with national prevalence rates estimated at up to 9.1% in 2013,” the authors explain. “Given the plethora of negative health consequences associated with inactivity and the protective factors associated with exercise, efforts must be made to understand factors, like cannabis use, that may affect older adults’ engagement in exercise.”

But, although they may have expected older stoners to exercise less often than their peers, the exact opposite proved to be true. Both groups of subjects exercised three times a week as part of the original study, but pot users were more likely to add in extra exercise days every week, compared to non-users. The cannabis users also scored higher on a survey of healthy community activities and were found to have significantly lower BMI measurements than non-users.

The present study does have a number of limitations, including its reliance on self-reported exercise questionnaires, lack of information on cannabis doses used by the subjects, and a small subject size. Still, researchers believe that their results, “although preliminary … suggest that it may be easier for older adults who endorse using cannabis to increase and maintain their exercise behavior, potentially because cannabis users have lower body weight than their non-using peers.”

“At minimum, the evidence suggests that cannabis use does not hinder older adults’ ability to engage in physical activity, to participate in a supervised exercise program, or to increase their fitness as a result of physical activity,” the authors conclude.

This is one of the first studies to look at the relationship between cannabis use and exercise in seniors, but other studies have found positive links between weed and good health in the general population. A 2019 study comparing BMI measurements and cannabis use among 33,000 Americans found that pot users put on less weight over time than non-users.

Plus, not only are cannabis consumers more likely to exercise in general, but many like to combine weed with their workouts. Another University of Colorado Boulder study from last year found that nearly 82 percent of all cannabis users said they get high before working out.

So, what these studies basically confirm is that the “lazy stoner” stereotype was always a farce — and now we have an abundance of data to prove it.