Cannabis Industry Workers May Be at Risk of Respiratory Issues, New Study Says 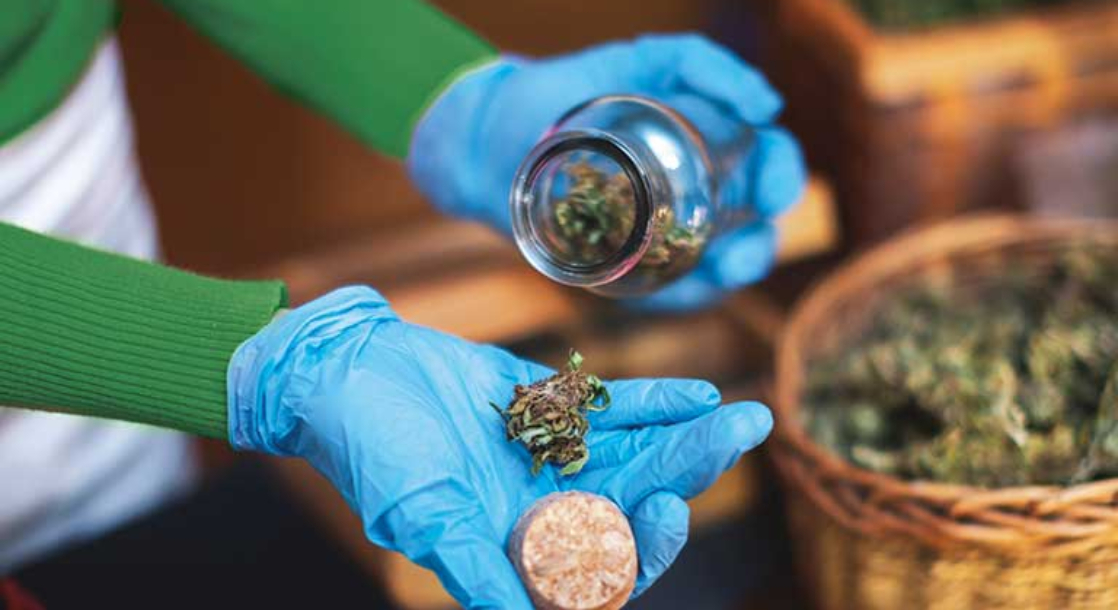 Cannabis industry workers may face an increased risk of being exposed to respiratory hazards, according to a new study conducted by the University of Washington.

The study, led by Christopher Simpson, PhD, professor of Environmental and Occupational Health Sciences at the University of Washington, investigated two legal cannabis cultivation facilities in Washington State. One of these facilities is a 30,000-square-foot operation using traditional growing methods, and the other is a 20,000-square-foot grow-op using only organic methods.

“Several prior studies indicate a significant potential for hazardous respiratory exposures in this industry, including mold, organic dust, and toxic volatile organic compounds (VOCs),” the researchers wrote. “Our own recent work involving interviews with cannabis workers revealed that respiratory hazards were their major occupational health concern.”

Simpson and his team recruited 31 of 45 employees working at the larger facility and 11 out of 20 workers at the organic facility to participate in the study. Each employee was given a number of tests to discover if they were suffering from airway inflammation, respiratory symptoms, or dermal symptoms as a result of their job. Researchers also took air samples from each facility and tested them for contaminants commonly associated with cannabis production operations.

After studying the air quality samples, researchers found that the trim task areas of both facilities exhibited the highest concentrations of airborne particles. These areas, where raw flower is trimmed and prepared for sale, tested at 60 micrograms of particles per cubic meter of air. In comparison, the businesses’ grow rooms and office areas only tested for around 27 micrograms per cubic meter.

“While some of the exposures may be unique to cannabis workers, many of these hazards are likely to be similar to those faced by other agriculture or horticultural workers,” Simpson explained while presenting his findings at a recent webinar, according to Safety and Health Magazine. “Thus, we can apply much of what we’ve learned from those related industries in order to protect cannabis workers.”

Washington State does not currently impose air particle limits for cannabis cultivators. Until these safety measures can be drafted, the researchers recommend that legal weed growers adopt the American Conference of Governmental Industrial Hygienists’ Threshold Limit Value for cotton dust as an interim measure. Simpson also recommended that pot businesses implement extra safety measures for employees who are preparing pre-rolls or performing other jobs that generate large amounts of airborne dust.

The present study is limited in nature, as it only researched two facilities in one adult-use state, but these concerns are likely to apply to cultivation operations in any state. Further research could identify whether state cannabis regulators need to impose air-quality restrictions to protect weed industry workers.