CBD Vending Machines Are Coming to the Czech Republic This Summer 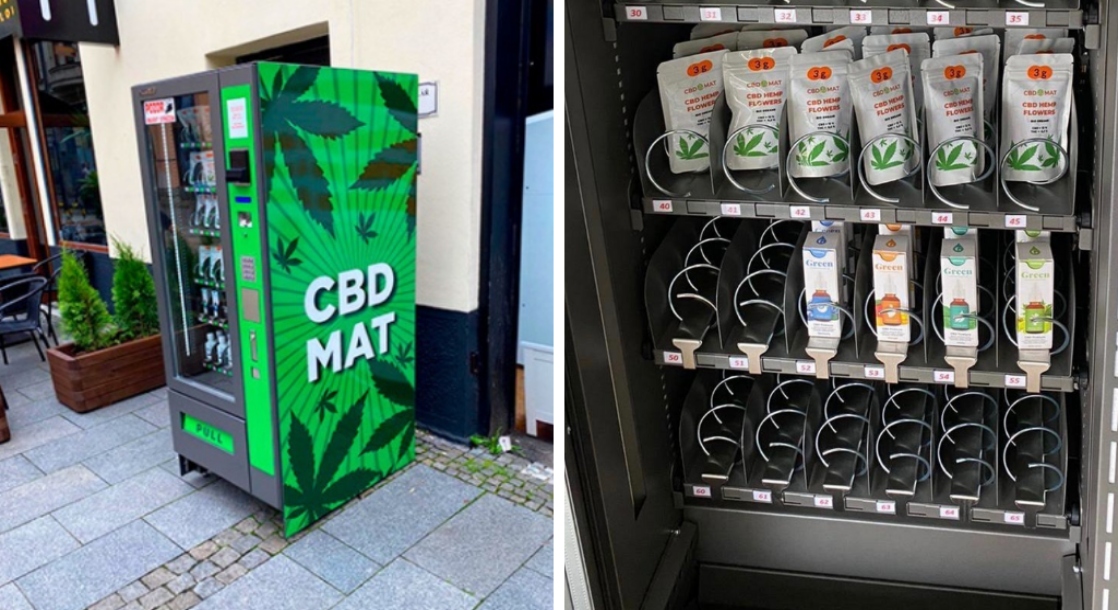 Over the course of the summer, 50 new CBD vending machines will be installed in major cities across the Czech Republic. These new CBDmats will offer a variety of products, including raw hemp flower, tinctures, oils, and hemp-based disinfectants. In order to comply with Czech law, each product will contain less than 0.3 percent THC, the maximum limit for legal CBD products, and sales will be restricted to adults age 18 and older.

“So far, only basic products are available,” explained CBDmat general manager René Sirý, according to Expats.CZ. “In addition to buds, there are CBD oils, drops and hemp disinfectants.” Eventually, the company hopes to offer a wider range of CBD products providing sedative, antioxidant, analgesic, and anti-inflammatory benefits.” Sirý added that the company does not plan to sell products with higher THC levels (at least as of now), as they “do not want to move to the edge of the law.”

The Czech Republic legalized medical cannabis in 2013, allowing doctors to prescribe medicinal pot to patients, who can purchase up to 180 grams of weed a month. In 2015, the country officially legalized CBD products containing THC levels of 0.3 percent or less. But, while this law allows CBD products to be sold anywhere in the country, the Czech Ministry of Health still technically prohibits the sale of products containing any amount of THC, even below the 0.3 percent limit.

CBDmats will sell three grams of hemp flower in opaque packaging for 750 CZK ($32.25 US), but Sirý cautions that these buds are not meant to be smoked. “Concerning consumption, we write that it is not possible to smoke the cannabis, but only use it for evaporation [in a vape] or as an ointment,” he told Expats.CZ. These products are labeled as “collector’s items” in order to skirt the conflicting laws regarding CBD sales.

The company is working to install its first machines in Prague, Ostrava, Olomouc and Pasohlávky in South Moravia over the next few weeks, with more machines to follow later this year. “In the future, vending machines with cannabis products could be used in fitness rooms, hotels or at airports,” Sirý said. Although the CBDmats are new to the Czech Republic, similar CBD vending machines have already become popular in nearby Poland and Austria.

Adult-use cannabis still remains illegal in the Czech Republic, but the government decriminalized possession of cannabis and other drugs in 2010. Anyone caught possessing up to 5 grams of hash or 15 grams of flower, or for growing five or fewer pot plants, will be fined up to 15,000 CZK (about $650 US) instead of being locked up in jail. Thanks to these relaxed laws, the Czech Republic now boasts one of the highest concentrations of cannabis users in Europe, equalled only by France.