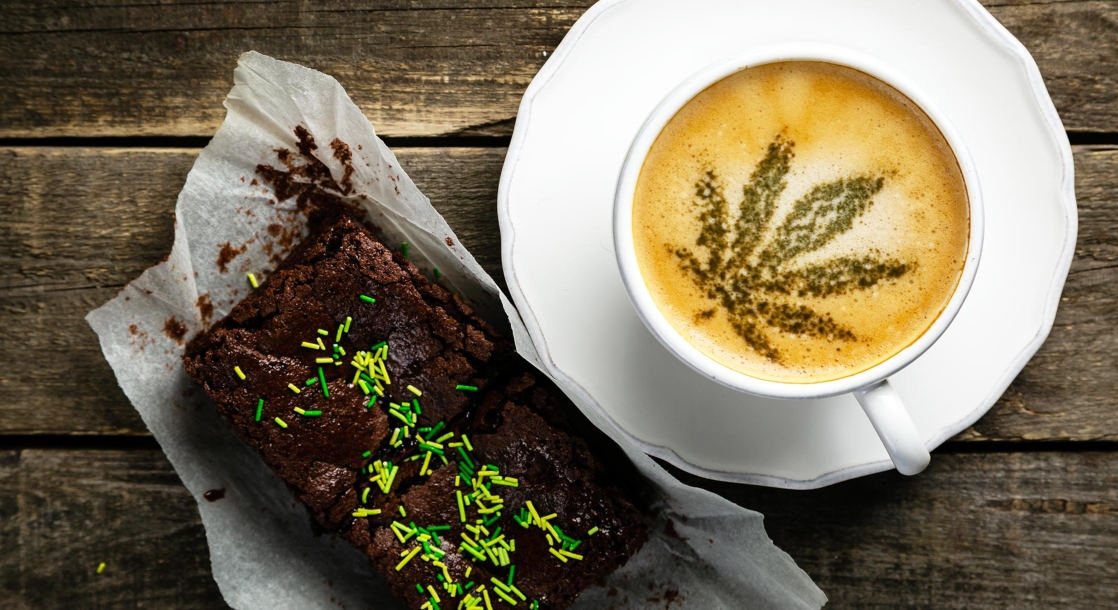 Hong Kong has just welcomed its very first CBD café, marking a notable change in the country’s long standing intolerance of all forms of cannabis.

“Found,” located in the Sheung Wan area of Hong Kong, is both a café and a CBD shop. Customers are able to enjoy CBD-infused coffee or beer in a small seating area in front of the café, or shop for a variety of cannabis products inside. The store offers several different pure CBD oils, powders for making CBD-infused foods or drinks at home, and even products for pets.

The café is currently in a soft-opening phase, but owner Fiachra Mullen is planning to begin offering a full menu when it fully opens next month. Mullen, who also co-owns Altum International, a cannabinoid distribution company based in the Asia Pacific region, hopes that Found will help break down Hong Kong’s negative stigma against cannabis.

“We are trying to create a new conversation here, moving away from stoner culture,” Mullen told CNN. “Most people are seeking help with sleep, we also have parents with children with epilepsy or cerebral palsy here who are using our products… A lot of the customers take [CBD] first thing in the morning with their coffee before they leave the house, it helps with mindfulness and makes them a bit more resilient to whatever happens that day.”

CBD is legal in Hong Kong, but the Chinese territory’s extreme anti-cannabis laws make life difficult for anyone who wants to sell cannabinoid products. In the US, hemp and CBD products are allowed to contain as much as 0.3 percent THC, and countries like Thailand and Pakistan have adopted similar rules. But in Hong Kong, even the slightest trace of THC is completely forbidden. Anyone who sells — or even buys — a product containing THC can face seven years in jail and a HK$1,000,000 fine (US$129,000).

Faced with these extreme restrictions, Found has had to source completely pure CBD for all of its products. And while it is great news that Hong Kong residents have at least some access to CBD, Mullen is well aware that full-spectrum cannabinoids would be even more potent.

“The ‘entourage effect’ refers to CBD being more potent when accompanied by other cannabinoids,” Mullen said to CNN. “Nature evolved over millions of years and presents you with this beautiful profile (of compounds) and then you say, well we’ll take CBD only. You can’t expect the isolate to have the same results as the full spectrum.”

CBD is gradually becoming more popular throughout Hong Kong, but Mullen has found that the stigma against cannabis is still preventing many people from embracing the medicinal properties of pot.

“There’s a large part of the population that I’m not reaching,” Mullen explained. “My dream profile customer is a 65-year-old Hong Kong woman. If I can have her and her husband walk in and learn about, or even just hear the word ‘cannabis,’ and not run a mile, then it’s mission accomplished.”

But even though Hong Kong’s older generation remains terrified of cannabis, the territory’s younger generation is opening up to weed. In the first quarter of 2019, customs officials saw a 500 percent increase in illegally imported marijuana, some of which is being smuggled from Canada’s legal pot market.