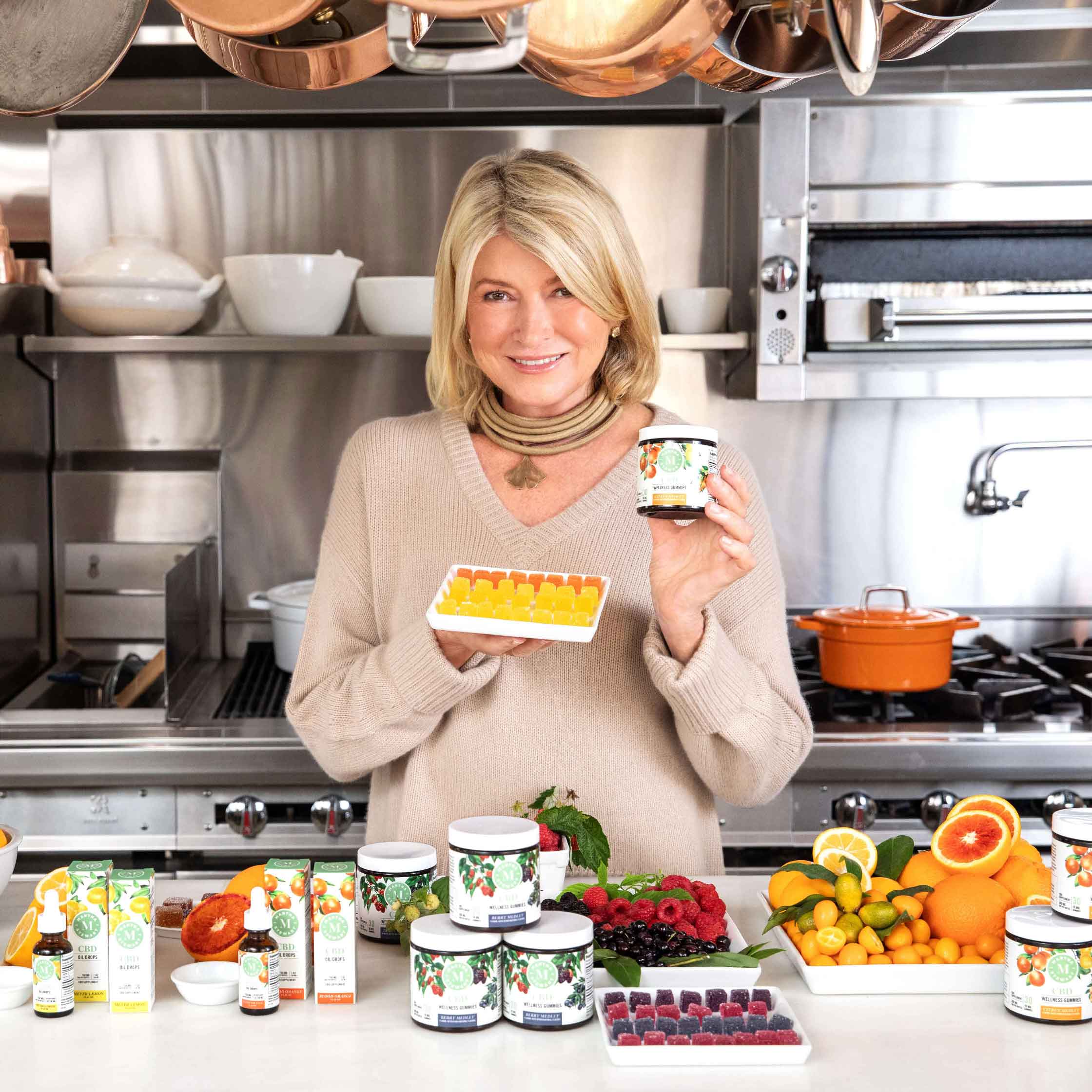 Many recent pop culture unions have been horrifying (take that as a reminder to vote, please). But, one of the dopest has been watching Martha Stewart not only fall in tight with Snoop Dogg, but to also witness her come out as an impassioned advocate for cannabis. Bet your mom never saw that coming!

Ever the business tycoon, Martha has now channeled her high feelings for hemp into a signature line of CBD gummies and oils with weed giant Canopy Growth.

Even more amazing is that Martha uses her own products — and a lot of them. “I pop 20 [gummies] and just feel OK,” Martha told The New York Times, “but some of my friends do two and feel high, I don’t know why. It’s not high like a marijuana high. It’s a CBD high, like, relaxed.”

Over the course of her one-hour chat with the Times writer, Martha reportedly chomped down four of her own CBD gummies. She also revealed that her path to pot enlightenment was paved by (who else?) her pal Snoop Dogg at the 2015 Comedy Central Roast of Justin Bieber.

“We sat next to each other for seven hours,” Martha said. “Snoop must have smoked 10 giant fat blunts, and I inhaled all that smoke. I felt really good… A contact high, that’s what they call it.”

Since that momentous meeting, Martha and Snoop have become the most lovably lit odd couple in pop culture.

It’s not all just about the gummies for Martha, though. “The thing that really helps me are the oil drops that I have at night, before bed,” she told the Times reporter. “I just put a couple droppers of the blood orange or Meyer lemon under my tongue. Have you tried the blood orange oil? Try the blood orange oil. Not a drop, half a dropper — it’s nothing. Doesn’t it taste good?”

Considering how her affiliation with Snoop has unexpectedly expanded the appeal of her Martha Stewart Living brand, the domestic goddess said her CBD products will appeal to “pretty much everybody. All my friends, every age, want them, including my (54-year-old) daughter who doesn’t even eat sugar.”

But has she smoked weed with Snoop Dogg yet? That seems like the key to proper research and development for starting a line of CBD gummies and tinctures.