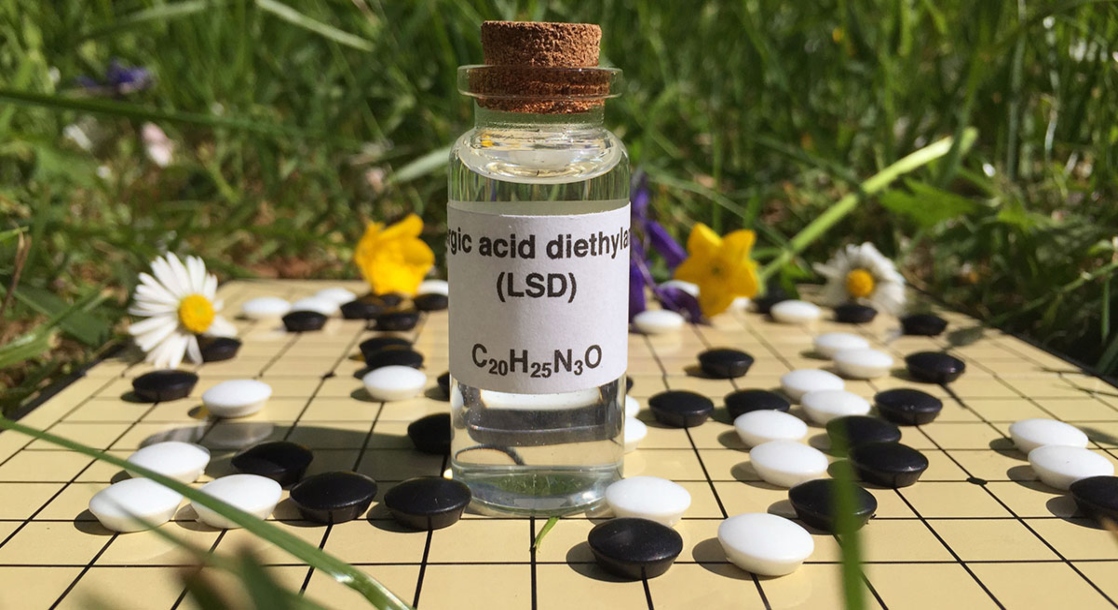 In the first clinical research study of its kind to be conducted since the psychedelic heyday of the 1960s, researchers have discovered that small, non-psychoactive doses of LSD can provide immediate, effective pain relief.

Researchers from Maastricht University in the Netherlands partnered with the Beckley Foundation, a British organization working to promote psychedelics research, to explore how LSD can affect the perception of pain. In the experiment, 24 healthy volunteers were given either a 5, 10, or 20 microgram dose of LSD, or a placebo. These dosages of LSD fall into the category of microdoses, as they are far less potent than the standard psychoactive dose of LSD, which would be in the range of 75 to 150 micrograms.

Each subject was asked to undergo a battery of tests after ingesting the LSD microdose or placebo. To test subjects’ pain thresholds, researchers used a standard pain evaluation tool called a Cold Pressor Test. In this test, subjects were asked to submerge their hands in freezing-cold water for as long as they could handle. Subjects who had taken the largest microdose of LSD were able to keep their hands in the freezing water longer than subjects who had taken the placebo. Lower doses of LSD did not provide the same effect, however.

“The overall pain tolerance on 20 micrograms increased by 20%,” the study authors wrote. “Subjects also reported a decrease in the subjective experience of painfulness and unpleasantness. Remarkably, changes in pain tolerance and subjective pain perception induced by the low dose of LSD under these circumstances were comparable in magnitude to those observed after administration of opioids, such as oxycodone and morphine to healthy volunteers.”

Each subject was asked to take the Cold Pressor Test twice, once 90 minutes after ingesting the LSD or placebo, and again 5 hours later. The subjects in the 20 microgram group showed the same boost in pain tolerance at 5 hours as they did at 1.5 hours, leading the authors to conclude that LSD microdoses “may have a longer-lasting ‘halo’ effect on pain management.”

Researchers also administered other tests to discover whether subjects were experiencing mood, cognitive, or dissociative effects after microdosing. Subjects who had taken the 20 microgram dose only experienced minor psychological and cognitive effects, indicating that this small dose of LSD would not interfere with a person’s day-to-day responsibilities.

“The present data suggests low doses of LSD could constitute a useful pain management treatment option that is not only effective in patients but is also devoid of the problematic consequences associated with current mainstay drugs, such as opioids,” wrote Amanda Feilding, Founder and Director of the Beckley Foundation, in a statement. “Over 16 million people worldwide are currently suffering from Opioid Use Disorder and many more will become hooked as a result of oversubscription of pain medication. I am encouraged by these results as I have long believed that LSD may not only change the sensations of pain but also our subjective relationship with it.”

This is the first research study to investigate the analgesic effects of LSD since the initial heyday of psychedelic research. This avenue of research was pioneered by Eric Kast, who published over a dozen studies in the 1960s exploring how LSD can influence the perception of pain. Kast’s work focused on large, psychedelic doses of acid, however, leading him to conclude that the psychedelic experience itself could help distract the patient from their pain.

The present study has shown that LSD’s analgesic effects can be achieved without any psychoactive effects, however. To explore the issue further, the authors recommend that “an extended dose-finding study is needed to determine the dose at which analgesic effects of LSD are optimal, i.e. when efficacy is maximal and mental interference is minimal,” New Atlas reports. “Such a study could potentially explore the trade-off between increments in treatment efficacy and psychedelic symptoms in a low to medium dose range (i.e. 20–50 µg LSD).”

Meanwhile, other researchers around the world are currently investigating whether LSD microdoses can treat Alzheimer’s, depression, or drug addiction.