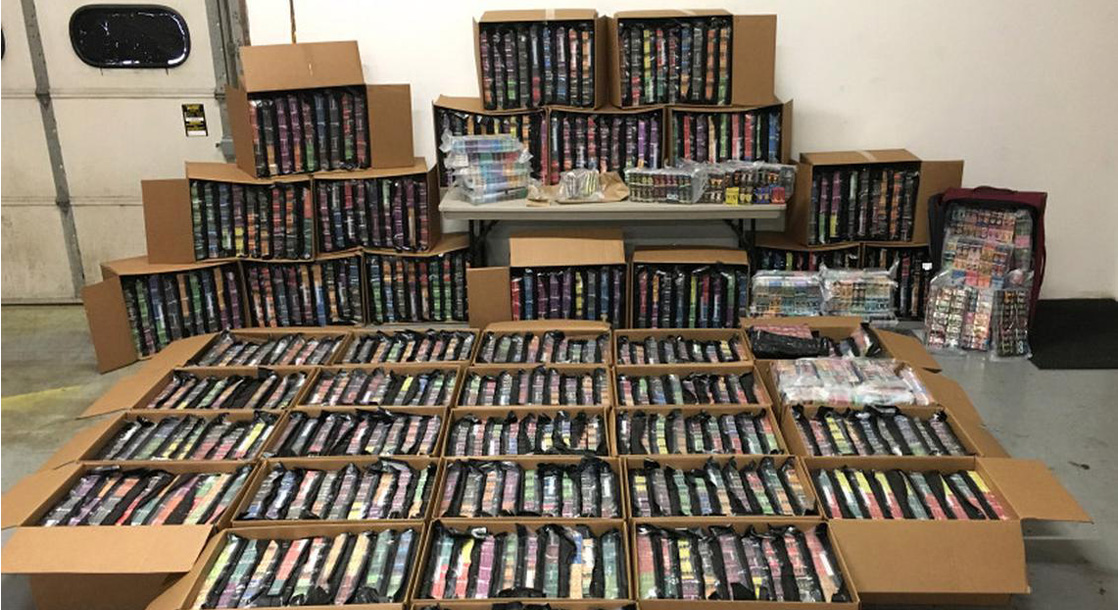 A Minnesota man awaiting trial in what cops are calling the largest THC vape cartridge bust in state history was given an additional punishment this week in the form of a $3 million tax bill.

According to the Minneapolis Star-Tribune, the $3 million in fines were implemented by the state Department of Revenue on top of criminal charges, and stem from a lack of state tax stamps on all 77,000 black market vape carts that cops found in the car and residence of 23-year-old Champlin resident Valentin Andonii. Of course, because selling home-mixed cartridges is illegal in all 50 states, and especially in Minnesota where prohibition is still the law of the land, there is no possible way that Andonii could have acquired tax stamps for his illicit goods.

“[The tax law] is a tool that the [Minnesota Department of Revenue] and law enforcement can use to get illegal and harmful products off the streets,” state Revenue Commissioner Cynthia Bauerly said while announcing the multi-million collection effort. “This tax charge should serve as a deterrent to anyone smuggling or selling illegal controlled substances in Minnesota.”

Andonii is currently out on $1 million bail while he waits for his trial date in June. But with years in jail potentially awaiting him, Andonii’s lawyer said that the state should be more clear about whether they would like punishment by payment or incarceration, noting that collecting on the tax will be pretty difficult if his client is locked up.

“[I find] it ironic that the state is trying to put Mr. Andonii in prison… even though imprisoning him will make the prospect of any payment, shall we say, impossible,“ said defense attorney Michael Brandt to the Star-Tribune. “In 18 states, this type of stuff is legal to possess. If it were legal here [in Minnesota], the state would have its tax revenue.”

When Andonii was arrested late last year, police found $145,000 in cash alongside the thousands of vape cartridges, but unfortunately for the defendant, that money will not count towards his newly issued tax bill.