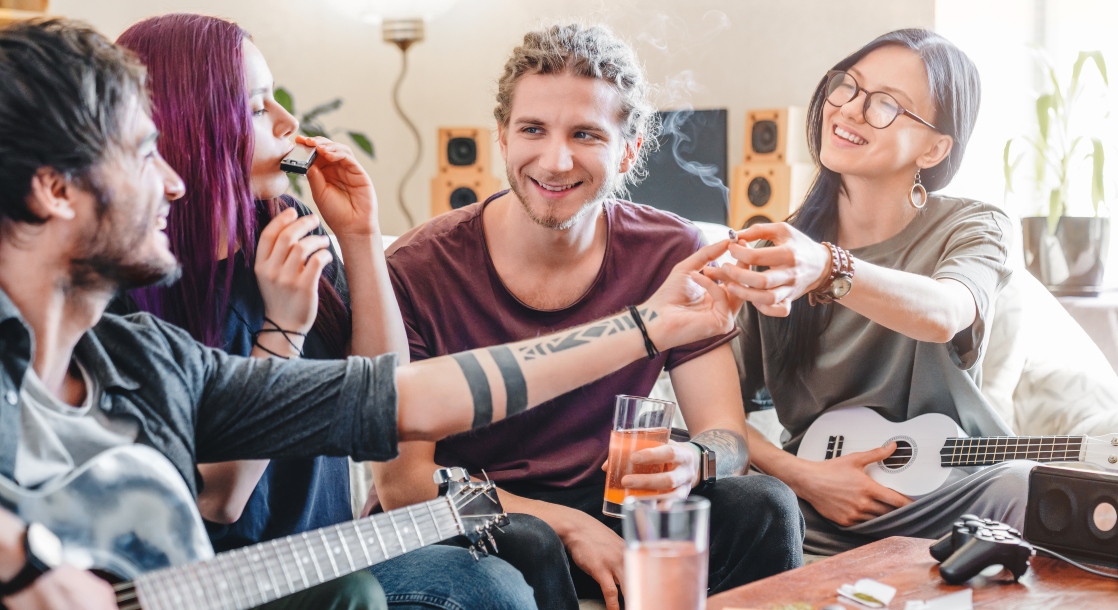 If you feel good about buying legal weed in your state, you are not alone — in fact, you’re among the majority of fellow citizens. Further, the longer that weed has been legal where you live, it’s likely you feel even happier about it.

According to a new study published in the journal Addictive Behaviors, most residents in weed-legal states hold a “positive perception” of the commercial cannabis trade. Respondents also said they’re happy to patronize legal pot business over having to rely on illicit dealers.

The study further concluded that these good feelings held especially true in places where pot has been legal the longest.

To gather the data, researchers from the University of Waterloo, School of Public Health surveyed 5,530 adults presently living in the weed-legal states of Alaska, California, Colorado, Nevada, Oregon, and Washington.

“The current findings suggest generally positive perceptions of the legal cannabis market,” the study states. “Most respondents, including frequent cannabis consumers, perceived legal cannabis to be of equal or greater quality and convenience, and safer to buy and use than cannabis from illegal sources.”

Higher prices for legal weed came up as a concern, but even a majority of those who mentioned price acknowledged that consumer costs usually drop once the market has time to develop.

“This data once again affirms that most voters do not experience ‘buyer’s remorse’ following marijuana legalization,” NORML Deputy Director Paul Armentano said in a statement. “In the minds of most Americans, these laws are operating as voters intended and in a manner that is consistent with their expectations.”

Armentano pointed out, as well, that no state that has legalized cannabis has ever repealed its decision to do so.

We can now add this study to the ever heightening heap of data clearly indicating that the people want legalization and the overwhelming majority of us feel lit AF about it.

In fact, a November 2019 Pew Research study found that two-thirds of all U.S. citizens favor full legalization, with the opposition dropping from 52 percent in 2010 to just 32 percent today.

More recently, a June 2020 Gallup poll determined that 70 percent of U.S. citizens found smoking weed to be morally righteous — and 50 percent of those responding even identified themselves as Republicans. Now that  is progress.

Look, Uncle Sam: The public has spoken. We just want to light up in peace and not get in trouble for it. So, it’s time for our lawmakers to get with the program and entirely legalize weed ASAP.