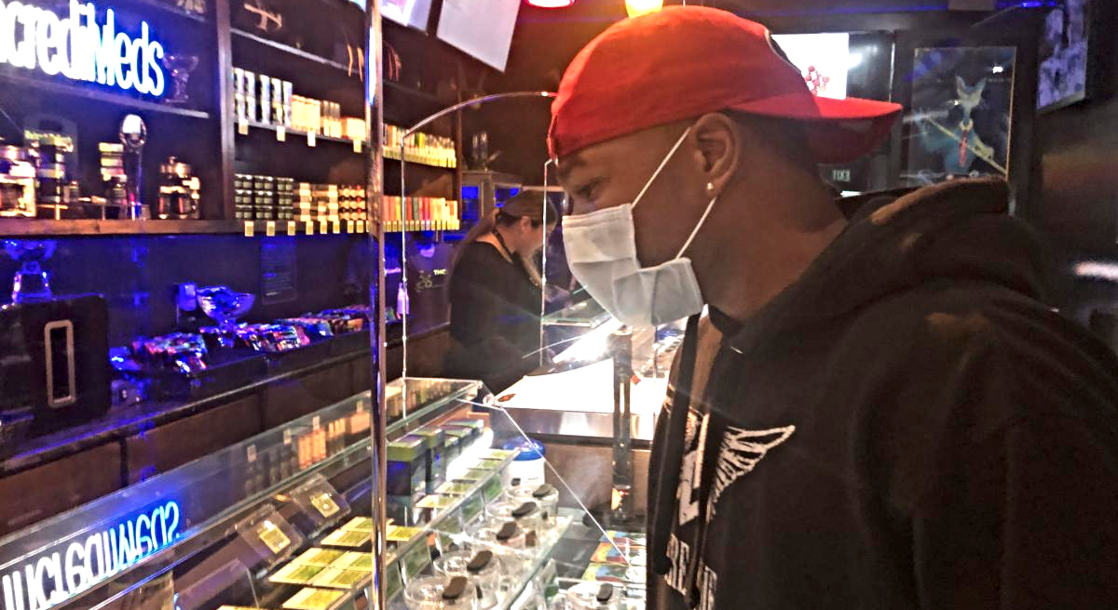 Most Americans believe that states should not restrict access to legal medical cannabis during “shelter-in-place” measures, according to a new poll.

The poll, conducted by YouGov earlier this week, asked nearly 5,400 Americans whether medical marijuana dispensaries should be considered “essential services” or not. Slightly over half (53 percent) of all respondents agreed that access to medical marijuana was essential, and only 26 percent said that dispensaries should not be considered essential. A further 21 percent were undecided on the matter.

As is often the case with cannabis-related polls, younger and more liberal respondents were more likely to be in favor of keeping dispensaries open. Between 54 and 59 percent of respondents between the ages of 18 and 54 agreed that medical marijuana is an essential service, but only 47 percent of those over 55 felt the same way. Democrats were also more likely (62 percent) to agree than independents (52 percent) or Republicans (43 percent).

Most states have sided with public opinion and deemed legal cannabis dispensaries as “essential services.” This week, Denver attempted to shut down all legal weed and alcohol stores, sparking a mad rush of panic buying that convinced city officials to reopen these stores. A similar situation occurred last week in Amsterdam, where officials decided to re-open cannabis coffee shops shortly after they forced them to close.

California, Michigan, Colorado, Oregon, Illinois, and Washington have all decided to allow both medical and adult-use cannabis retailers to remain open, and Nevada has allowed legal weed businesses to continue operating, but on a delivery-only basis. Massachusetts is an outlier in this situation, as Governor Charlie Baker has decided that medical marijuana businesses are essential, but adult-use stores are not.

Although most states are recognizing that access to cannabis is essential during times of emergency, the coronavirus pandemic may still interfere with efforts to implement further drug reform this year. Quarantine measures have knocked New York’s adult-use legalization effort off the table for the time being, and also convinced activists in Nebraska to suspend their campaign to legalize medical marijuana. Activists working to legalize or decriminalize psilocybin and other natural psychedelics are also fighting to find new ways to collect ballot signatures during the lockdown.