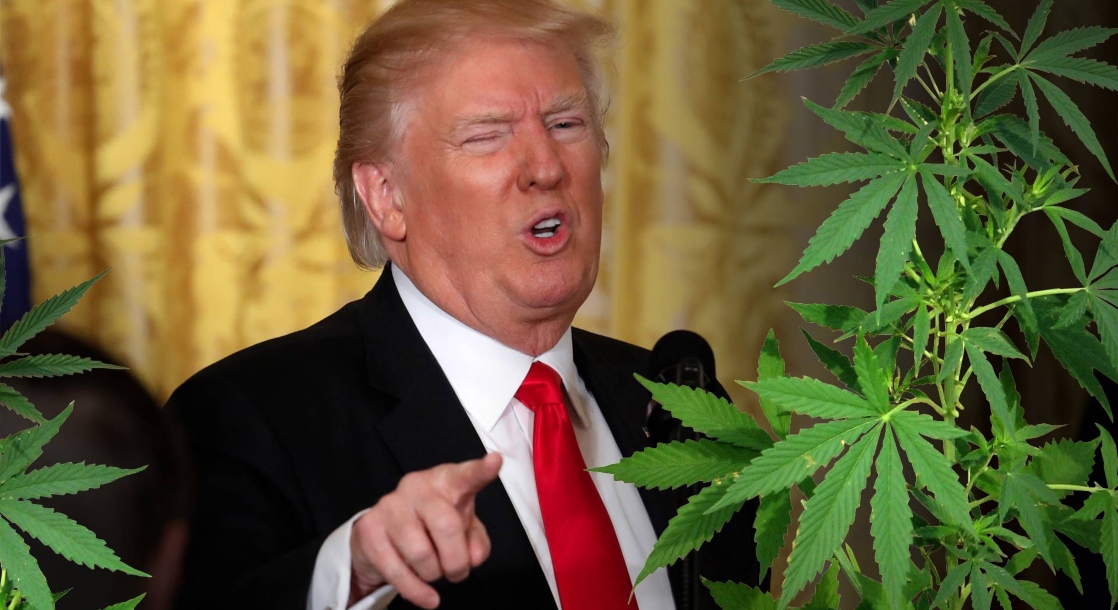 President Trump warned his fellow Republicans on Monday not to include cannabis reform on state ballots because it attracts extra voters who tend to lean liberal rather than those who support him and his politics. Somehow it’s worse when all this evil is just conducted out in the open, isn’t it?

This latest declaration of suppression occurred at a Trump campaign event in Wisconsin attended by Scott Walker, the state’s former governor who once described weed as “a gateway drug” and who was quickly voted out of office in 2018.

“The next time you run please don’t put marijuana on the ballot at the same time you’re running,” Trump said, addressing Walker directly. “You brought out like a million people that nobody ever knew were coming out.”

While shocking (but not uncommon), Trump’s comments showcase his ignorance. Walker had nothing to do with “putting marijuana on the ballot” in 2018; instead, elected officials in each district put reform measures up for the vote. That’s how the process works, Mr. President.

Trump’s latest outburst marks his first explicit opinion on marijuana initiatives during this phase of the campaign, although it’s certainly not his first blatant boast about strategizing to suppress votes.

Of course, Trump did also blurt that presumptive Democratic VP nominee Kamala Harris “lied” when she laughingly recalled smoking weed in college. And he called her “nasty.” In 2019, Harris came out in favor of federal legalization.

Meanwhile, Harris’s running mate Joe Biden has thus far stuck to his support for decriminalization, legalizing medical marijuana, and enacting other piecemeal reforms rather than just legalizing weed — a change supported by two-thirds of Americans.

Despite the focus on the presidential race, there’s a chance Congress could make a final call on cannabis next month. The House of Representatives is set to vote on the Marijuana Opportunity, Reinvestment and Expungement (MORE) Act in September.

If passed, the MORE Act is a sweeping bill that would deschedule cannabis on a federal level, entirely expunge prior marijuana conviction records, and attach a five-percent sales tax on weed — the revenue from which would go back into rebuilding the communities most torn apart by the drug war.

No matter what, just get out and vote against Donald Trump this November — the prospect of cannabis legalization, our lives, and the future of (non-fascist) America depends on it.